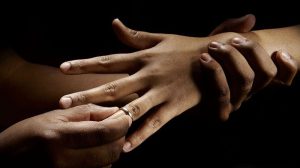 There are a number of couples who have suffered from many disabilities in learning and love. People say love binds people together as it grows with time but this has never worked out for people with disabilities. Some are forced into marriages that they don’t understand how it works.it is a hidden problem that people don’t talk about in the recent times. Observations and data has been collected and research has shown that there is lack of awareness of forced marriages instead information is being received from people who have experienced such cases. There is a report of forced marriages in many countries. More women with disabilities are getting married as others are already married.

Forced marriages on people with disabilities is not allowed to enter into marriage or engage in sexual activities, it can lead to cases like rape and indecent assault. People with learning are forced into marriages because their parents look at marriages as a means of providing a continuing support and care for their sons or daughters with learning disabilities. A person may be seeming easier to deceive and force into such marriages. Most people believe that marriage can cure a learning disability in a person and allow them to lead a normal life.

People with learning disabilities who are forced into marriages that come with consequences later in their lives. Consequences like;

Many people with disabilities do not go through sexual education, they may be unaware of contraceptives as well as not handle sexual unwanted advances. They do not understand that children can also be as a consequence of sex especially to them.

A person with a learning disability may be abandoned by a spouse which can create a feeling of rejection, stigma and loss of primary carer. This because the spouse is unaware of marriage circumstance.

If a spouse is not informed of the learning disability, they need to have a consent informing them to the marriage. This may lead to getting involved in a marriage that one was not prepared for.

People with learning disabilities are supposed to be advice and even informed on which forms of marriages they should get involved in as others may be dangerous to their lives. Those who want to marry should get informed before on the type of spouse they are being getting married to. Those with disabilities should be given a humble time until they are ready to for marriage with full information. They should be treated with love and care and not always be ready to marry them off to people who ca not understand them well. The best way to treat them is taking them to special schools to learn more and even understand themselves better.

A number of foundations have come up to support to get rid of forced marriages to people with learning disabilities all over the world with the support of the government as a whole. It will be eradicated and become extinct with time. The organization have come up with techniques they will use to make sure they die away.